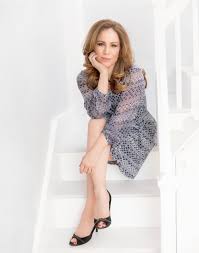 Minute by minute w/ Melani Lust…
00:19 San Diego to Manhattan to study dance with the Alvin Ailey Theatre.
Working as a model…dressing as a sneaker for a “toy convention,”
05:53 A short discussion of “the casting couch” for young models, actors and dancers.
07:45 Working at Sotheby’s, authenticating artwork, and hand-delivering a $10,000,000 Mondrian to a penthouse on Park Ave.
11:30 Learning photography by shooting 2-dimensional paintings as well as 3-dimensional sculpture “in the basement of the ancient sculpture in Naples.”
12:45 Learning Latin, French, German and Dutch to transcribe art manuscripts.
13:58 Henri Cartier-Bresson and “The Decisive Moment.”
16:40 Becoming as a full-time wedding photographer.
19:50 Backing up her “flash cards” onto Hard Drives. Sending 20-50 “sneak-peak” pictures to family members before “less than flattering” photos appear on Facebook.
27:30 Process of developing “the perfect timeline” with each bride & groom, their families, and bridal party,
29:00 Arriving at 1:00pm for a 9:00pm reception
31:00 Why “Make-Up Artists” are always running late.
33:40 Shooting bridal couples during emotionally “unfortunate” toasts.
36:00 Learning how brides like to be photographed from their Facebook Wedding Page.
Tricks to get the bride and groom to laugh.
38:13 Tips for Brides: “It’s really important to know that something will go wrong on your wedding day, but the wedding is just about…love; and your connection.”