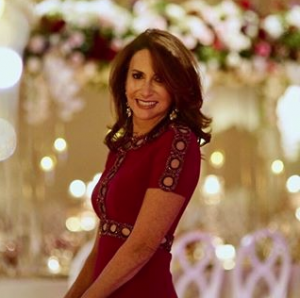 Elegant. Innovative. Filled with imagination and creativity.  Those are just a few of the ways I would describe the one-and-only Vicki Dubin, who runs her eponymous international event-planning and design firm, Victoria Dubin Events, with expert charm and lively sophistication.

And in Episode 37, Vicki covers absolutely everything from the initial interview until the last goodbye of the party, discussing some of the finest points and details of the many kinds of events she creates — from weddings to milestone birthdays to fundraising galas to mitzvahs, flowers to decor and lighting,  photography to entertainment,   venues to video imagery and much, much more.

Our fast-paced conversation underscores Vicki’s own quick-moving energy and remarkable experience,  which come through every moment of our conversation, along with her incredible attention to detail. Most of all, Vicki is an extraordinary font of information and inspiration as well as a great storyteller, whose candid personal accounts of events she’s done reveal more than her deep knowledge and passion for her work; she expresses the feeling of exhilaration her work provides.  Listen in to our conversation and you’ll realize her love for what she does is truly a gift…as it was just to hear her speak about it.