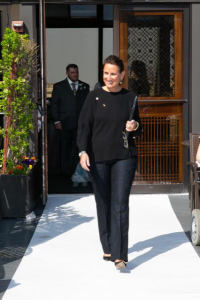 Episode 49 brings us to the lovely home of the delightful, effusive and charming wedding officiant Lisa Traina.  Perhaps more than anyone I’ve ever interviewed, Lisa really loves what she does…which is performing wedding ceremonies that are beautiful, joyous, sensitive, personal and deeply reflect the people she is joining in matrimony. I was truly touched by her passion and respect for her role as the officiant of a marriage and her thoughts on “getting to be with people at the happiest moment of their lives.”